If you've already installed a thorough security system in your home, you've made great steps to protect your family and your property from intrusions.  However, no system is perfect — especially if installed quite a long time ago.  As such, if you are thinking of making some improvements to yours, here are some features and upgrades that would be especially good to consider.

Systems with CCTV alarms combine more traditional alarms and recorded footage to streamline your home's security.  Your alarm monitors your entire home, wherever the sensors are placed; when it is set off, the CCTV cameras will initiate and keep footage for your later use.  These systems save on data storage, as they only record when necessary, and they also create an additional deterrent effect; while CCTV may often deter criminals in the first place, combining it with an alarm sound once set off could save your home from further intrusion.  Many modern systems also allow you to monitor your system from an app, which is especially useful if you're away from home.

Adding window sensors — or replacing the old ones you do have — is a great way to prevent unauthorised access into your home.  These sensors detect when a window is opened outside of admissible hours and set off an alarm to warn against it.  The technology is always improving, and as such, more modern sensors may be more accurate.  Again, as with the alarm systems discussed above, many modern security systems do come with app integration so you can monitor them away from home, and window sensors are no exception.

Modern entry systems make appraising visitors even easier than before.  You can install panels on many rooms throughout your house, enabling you to see who's at your front door or outside your gate from upstairs if necessary.  You can also speak to the person on your doorstep through a microphone, allowing you to screen and admit potential guests as you like.  Most of these systems also allow you to speak between rooms, so they're dual-purpose.  It just adds another layer of modern security to your home.

Overall, app integration is one of the key benefits to modern security systems, but this benefit should not be underestimated.  Being able to manage your security while you're away keeps your possessions safe and secure whether you're there to monitor them in person or not. 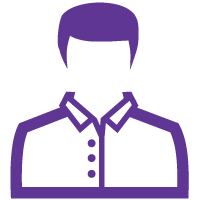 Hi! I'm Richard. I have worked hard all my life so I could afford a luxury home on the outskirts of Sydney. I am proud of my home and of the fact it represents how much effort I have put into getting where I want to be in life. The last thing I would want to happen would be for someone to break into my home and steal my belongings or cause any damage. When I moved in, I contacted a specialist security company and asked them to install the latest security devices such as electronic locks, CCTV and a panic room. I hope this blog is useful to other home owners.

A good access control system is essential for a re …

CCTV cameras are an excellent way to protect homes …

Anyone who owns their own business premises can en …

Although CCTV systems are often found in urban set …

The installation of CCTV systems in commercial bui …